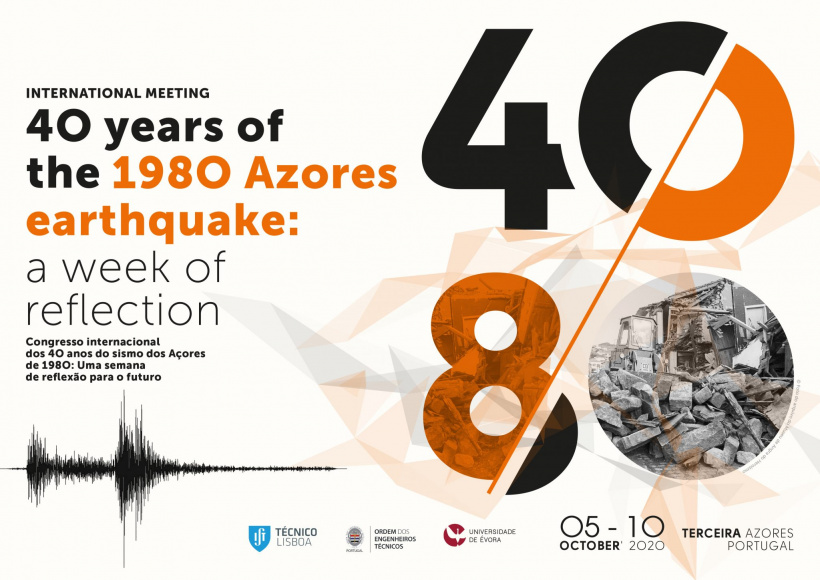 The January 1, 1980, earthquake in the Azores was the one that had the greatest impact in Portugal since the 1755 earthquake. The most affected islands were Terceira, mainly on its west side and the city of Angra do Heroísmo, but also on São Jorge and Graciosa Islands. The death toll was around 70, and hundreds of injuries. The building stock and monuments were seriously damaged, and it was necessary to accommodate dozens of homeless. Five years later, the reconstruction was about 80% of the total and 10 years later it reached almost 100%. At the time, the direct cost of reconstruction amounted to around 40% of the GDP of the Azores. Forty years later, it is important to reflect about the earthquake and reconstruction, as well as the evolution of knowledge in seismology, earthquake engineering, construction methods, and the management of events of this type. It is important to know well the premises that guided the action in the post-80 and how we are prepared for a potential earthquake that may occur in the future.

We invite you to contribute with communications to the 40/80 meeting. The topics are:
– Seismicity;
– Volcanic seismology;
– Historical seismicity;
– Crustal deformation;
– Tsunamis;
– Seismic hazard and risk assessment;
– Case studies on the rehabilitation of buildings;

Considering the moment, we are living, the Organizing Committee is accompanying the evolution of the Covid-19 outbreak, and how it develops. We will inform you of any changes.
More information will be available soon at www.azores40-80meeting.com.

Do not hesitate to contact us by email: azores40-80meeting@uevora.pt